A Complete Guide to the “F” Word—Project Failure 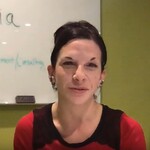 We know, we know… We just dropped the “F” bomb.

Unfortunately, as entrepreneurs, project leaders, project managers, and even team members and individual professionals, we occasionally deal with project failure.

There are many resources out there on how to avoid failure (which, of course, is always the preferred approach); however, the truth is that failure does happen. Project teams and leaders must recognize that project failure is incredibly common.

I’ll kick this article off with a brief story. Back in the day, when I worked in the “corporate” world at my full-time, 9-to-5 job as a project manager, we had processes for every phase and aspect of the projects we managed. The project phases ranged from editorial to production to manufacturing. Occasionally, we would have a project that ended up with a manufacturing error or defect (the bookbinding was broken, the book was paper bound instead of hard bound, and so on). When these defects happened, no one ever knew what to do. Why? Because we had no process for dealing with defects. As a senior project manager at the time, I suggested we update our training materials and documentation with a process on how to handle production and manufacturing defects. However, I received push-back from leadership. Their reasoning was “because defects aren’t supposed to happen”.

It’s fair to say that defects aren’t supposed to happen, but it’s foolish to operate like they don’t happen.

In this article, we will talk about the “F” word—failure, specifically the common reasons why failure happens, how to deal with it, and a strategy for how to learn from it.

5 Most Common Reasons for Project Failure

Understanding the most common points of failure is the first step in preventing failure. So, let’s dive into each one and talk about what you can do to help avoid them.

We’ve all made this mistake. We are assigned a new project to manage or work on, but we might not fully understand the purpose of it, to begin with. Already we are setting ourselves and our teams up for failure.

As mentioned above, one of the most common points of project failure is a lack of clear goals. Many organizations and project teams decide to work on new projects just because they’ve been in their project backlog or inventory. Sure, they have been put there for a reason, but once it’s time to move the project from the backlog and into production, project leaders and teams should ask WHY. By simply asking this question, project leaders can tie the project back to value, allowing them to plan and set clear goals for the project. This will ensure project team members understand their roles and the project’s purpose.

We still see this to this day. Project leaders push project teams to create a project plan without considering the project goals and objectives. Teams that do this repeatedly set themselves up for project failure. However, you can avoid this by creating a solid business case. Then, you can break down the business case into a project charter, which details the following:

One of the most frustrating things for project team members is a lack of understanding of who is doing what throughout the project and who makes decisions. This lack of clarity is often due to a lack of proper resource planning and allocation and a lack of a clear process.

Tips for Dealing with Project Failure

Remember, failure sparks an emotional response since we are human beings and we naturally fear failure. So rather than avoid having difficult conversations about failure, why not be open and honest about it? What can it hurt? In fact, this openness helps build a culture of transparency and resilience. it also enables teams to think differently about failure, viewing it as an opportunity to learn and improve rather than a punishment.

Internal – Projects that involve or inevitably lead to waste, scrap, or rework.

Regardless of how your team defines failure, failure really boils down to not reaching goals.

It might seem counterintuitive and even counterproductive to plan for failure, but that doesn’t mean project teams shouldn’t strive for success. Rather, it’s about accepting the risks of failure and being smart about it.

3. Perform a Root Cause or Failure Analysis

After determining the project was a failure, it’s important to understand what type of failure occurred and why it occurred. Project leaders and teams must ask themselves, was the failure internal or external? And WHY? What were the facts that occurred leading up to the failure?

One tactic is following the 6 Ms framework. This tactic allows teams to take an unbiased approach to brainstorm and categorize what went wrong or what facts contributed to the failure so they can be aware of their particular points of failure in future projects.

Regardless of why failure occurs, it’s necessary to learn from it to improve how teams work together and improve the project management function as a whole.

One such tactic for continuous improvement is developing a fail-safe. Although a “fail safe” is typically related to addressing project complexity, a “fail safe” can help deal with project failure and, in some cases, prevent it. For example, for process-based complexities, a fail-safe relates to elements of a system that assist with functionality if one element or component of the project fails.

Of course, no one likes dealing with failure, or admitting to failure. However, the strongest teams and organizations not only plan for failure but also have solid continuous improvement practices built into their everyday processes to help them be better, reach improvement goals, and adopt an “always learning” mindset.

Need help building a continuous improvement plan for your team? This is one of our many specialties. Contact us today to learn more about how to turn “failure into fun”, like these guys.